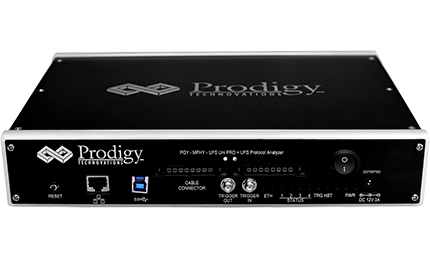 PGY-UFS3.0-PA, UFS Protocol Analyzer, value based analyzer in its class, offers capture and debug of data across MPHY, UniPro and UFS protocol layers. It allows for instantaneous decoding of UFS layer, UniPro layer and MPHY layer with flexibility to correlate decoded data across these protocol layers.

The product features are as follows:

Solder down active probes allows probing the MPHY test points. This allows the design and test engineers to capture UFS traffic between the host and UFS memory with high signal fidelity. Today’s test engineers need the ability to test use case scenarios in their labs that mimic real-life use cases. The PGY-UFS3.0-PA, UFS Protocol Analyzer has been designed to enable engineers to closely monitor and analyze the traffic between the host and the device while executing the various use case scenarios. 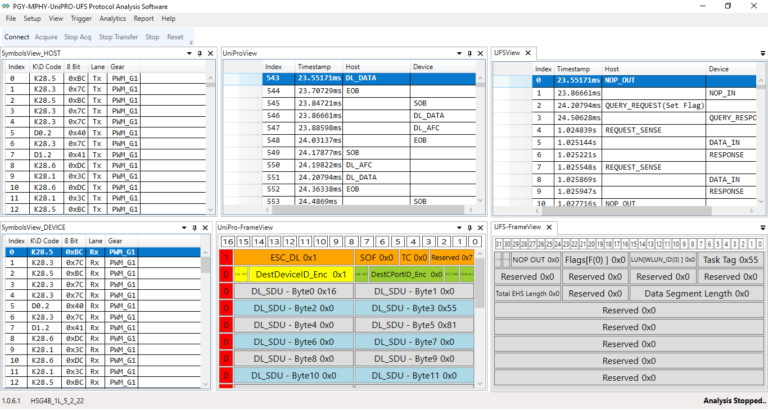 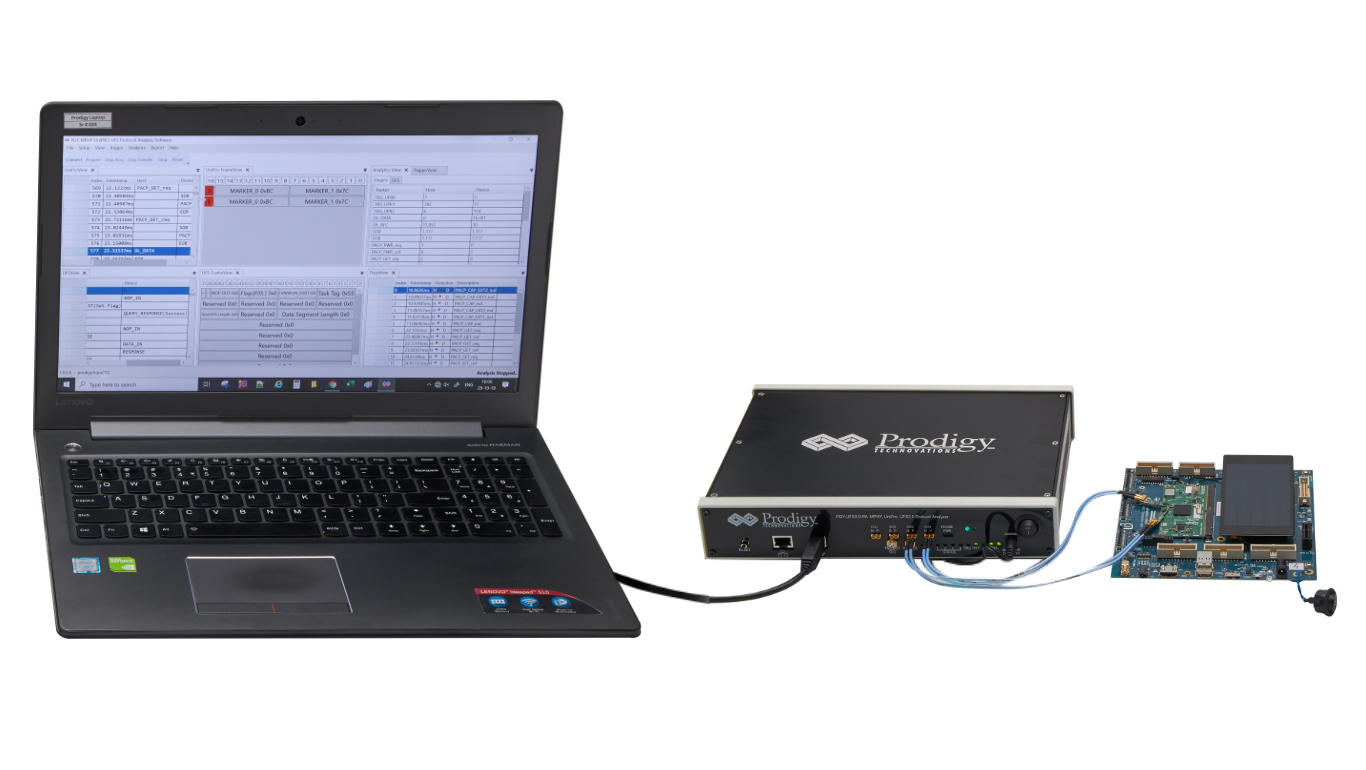 PGY-UFS Software offers multi-view MPHY view, UniPro view and UFS View. Each view lists the respective protocol packets and its details with correlation of each layer for easy debug. 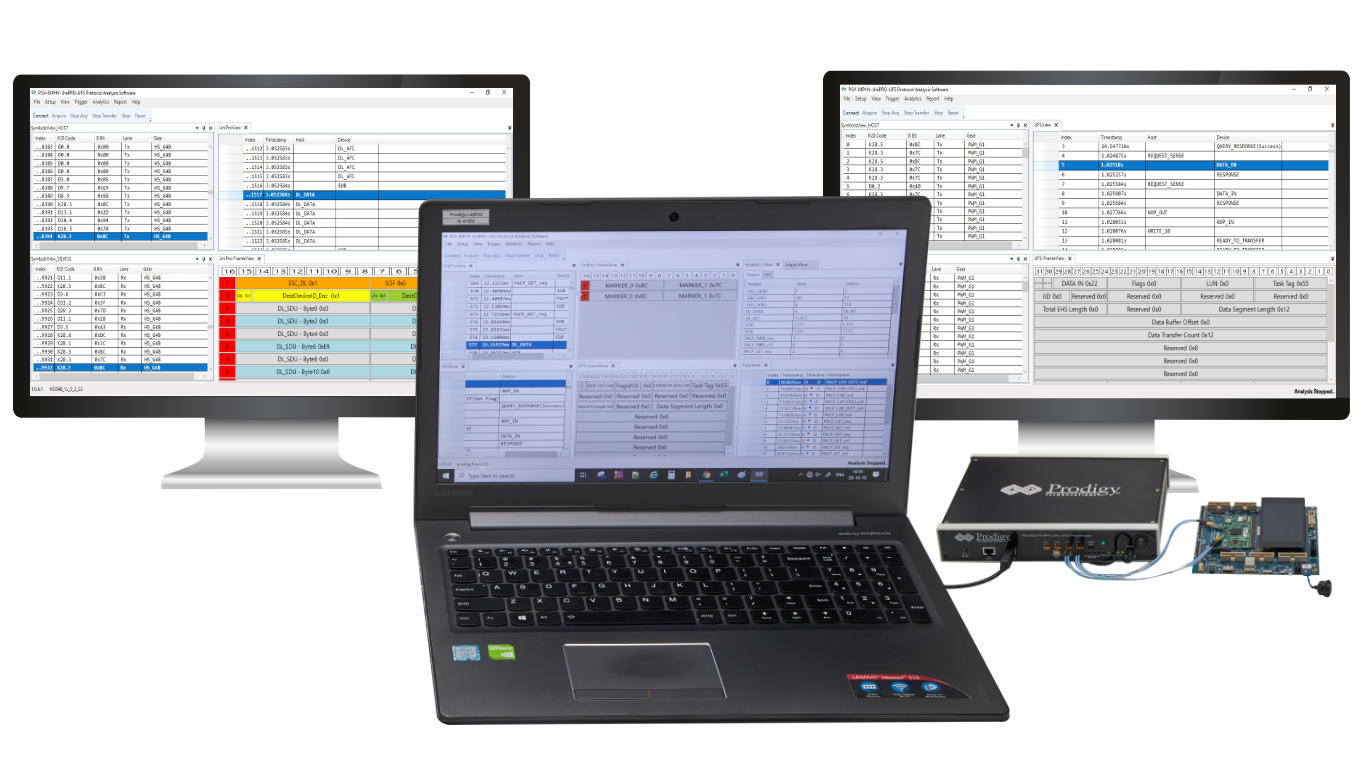 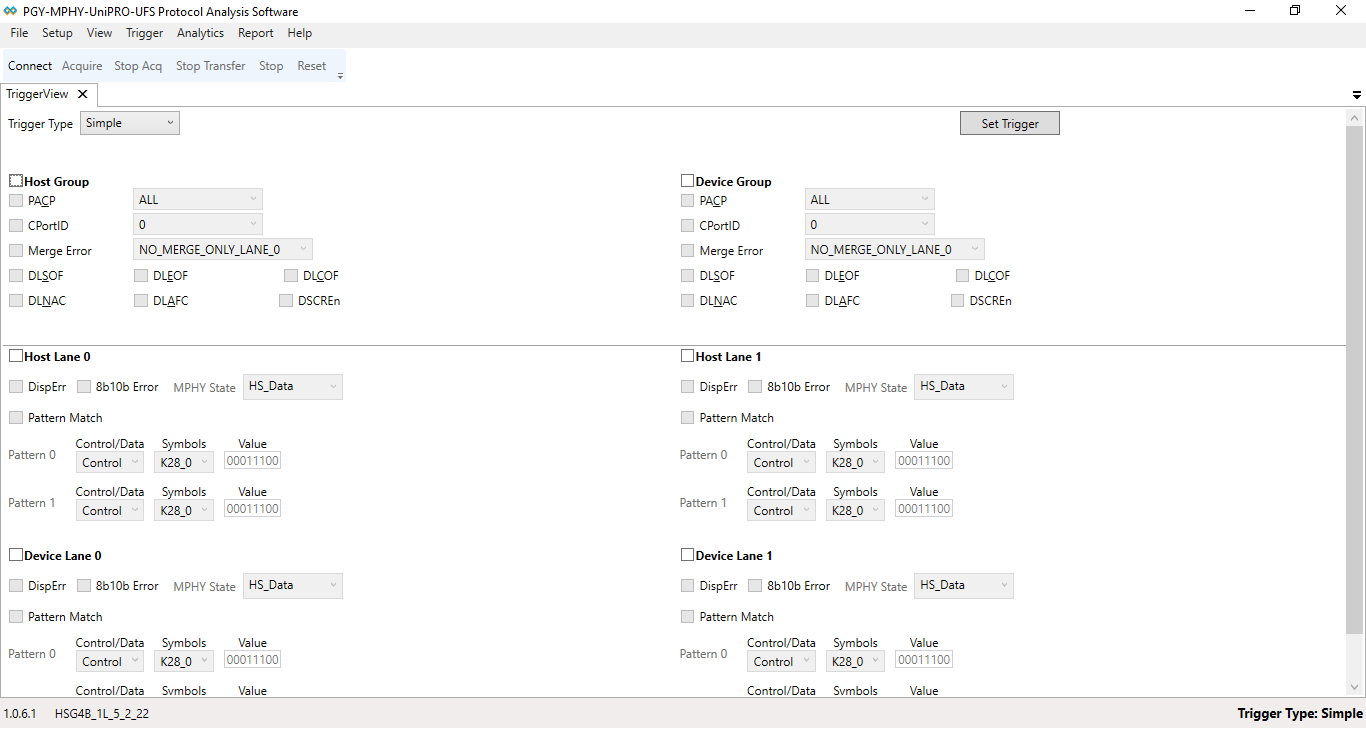 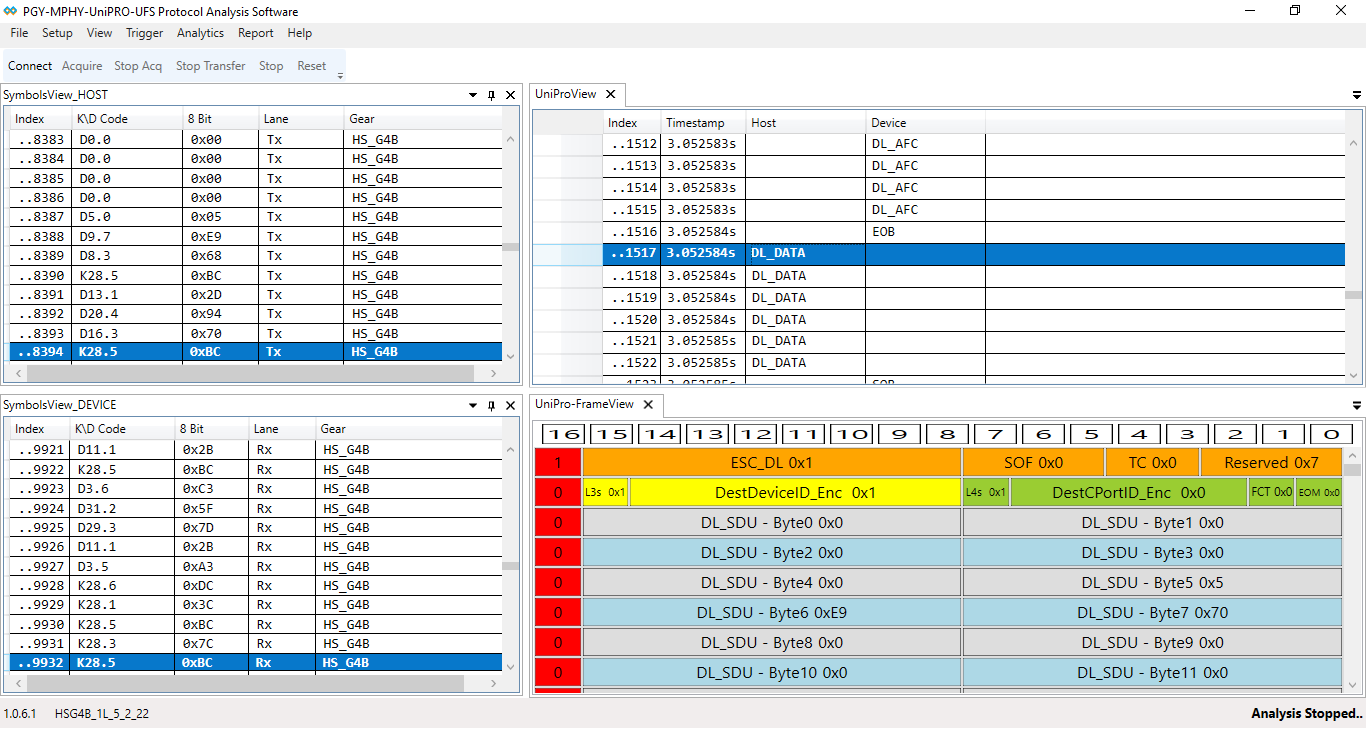 PGY-UFS3.0-PA UFS Protocol Analysis offers multilayer of protocol view with flexibility to link all views for easy correlation of data. Selected packets details are displayed in a format which is similar to specification document format for easy correlation. This view provides bit level information to analyze the communication between UFS host and UFS memory. 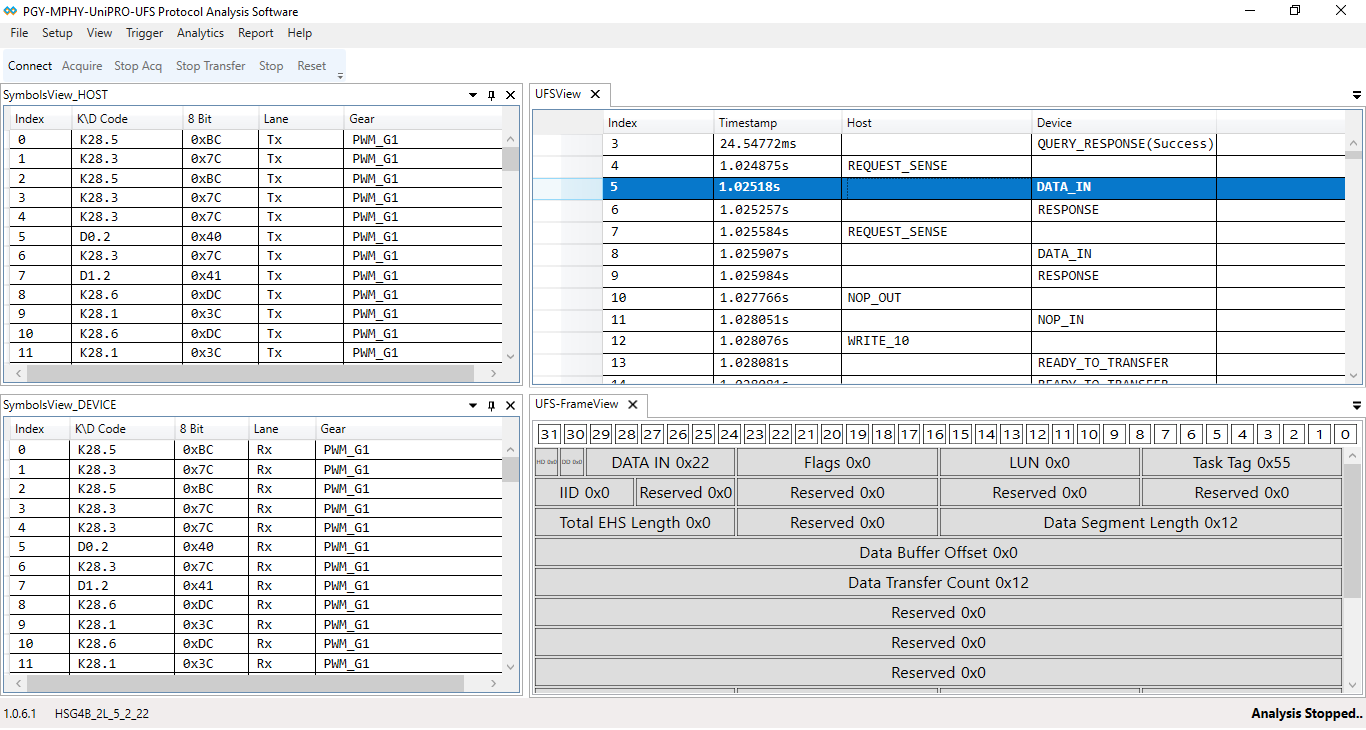 PGY-UFS3.0-PA UFS software would allow an engineer to quickly view the error conditions:

Ordering Information
The ordering information is as follows:

Hardware and software carries warranty of one year.
Probes are covered three month warranty for any manufacturing defects

If you want the Customized Solution
(for your own system)
Then! Contact us without slightest hesitate